As its name implies, [FeatherPad[(https://github.com/tsujan/FeatherPad) is quite the compact editor. It's compactness hides quite a few useful features, making FeatherPad an effective editor for most anyone.

When you first fire it up, FeatherPad doesn't look much different from most text editors out there. It does launch quickly, though.

One feature that grew on me was the ability to position document tabs. In most text editors that open documents in separate tabs, those tabs appear along the top of the editor window. With FeatherPad, you can put tabs at the top, bottom, left, or right. I found that putting the tabs on the left reduces visual clutter and distractions.

All in all, FeatherPad is a good choice if you want to small and fast editor that packs some useful features. 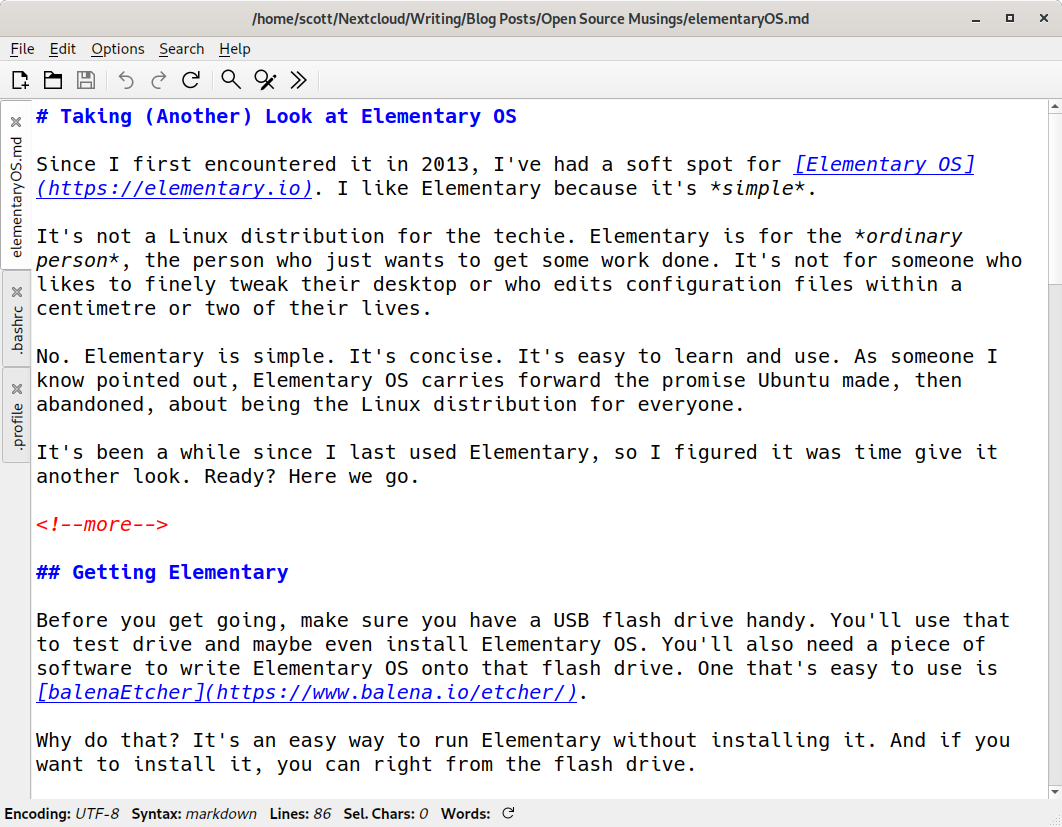 Don't let this editor's name fool you. While you can program using Code, it's light enough for everyday text editing.

Code's configuration options are quite basic: you can set the font, indents, and enable text wrapping. For most of us, that's enough. With Code, you can focus on your work and not on tweaking options. That, for me, is the hallmark of a good tool.

If you do need a bit more, Code also packs several extensions. Those extensions are similar to the ones that you find in gedit, and include bracket completion, a spelling checker, and word completion. Not all extensions are enabled out of the box. You need to go into the settings to turn them on or off.

Of the general purpose editors I've tried with Elementary OS, Code is hands down my favorite. It does what I need it to without a bunch of options I'll never use getting in the way. 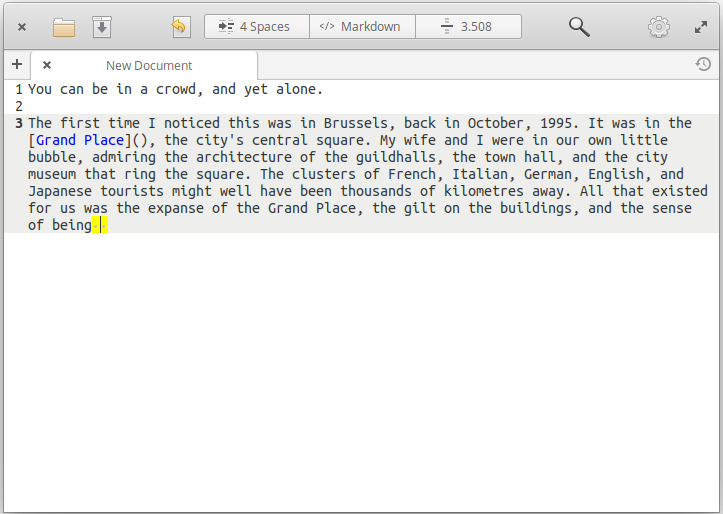 Scoff if you will, but there are more than a few Windows user who call Notepad their text editing home. Notepad is the extreme example of a lightweight editor. It has no fancy features or functions. If just works.

If you've jumped ship from Windows to Linux, or are a long-time Linux user looking for a barebones text editor, then you'll want to check out Leafpad.

There are no frills. You can change the editor's font, turn word wrapping on and off, and automatically indent text. You also get a good search and replace function. And that's about it.

What you do get is a simple canvas on which to get things done. That could be writing, taking notes, maintaining a to-do list, editing a web page, or fiddling with a configuration file.

Leafpad is snappy, simple, and a solid tool for quick and dirty text editing. 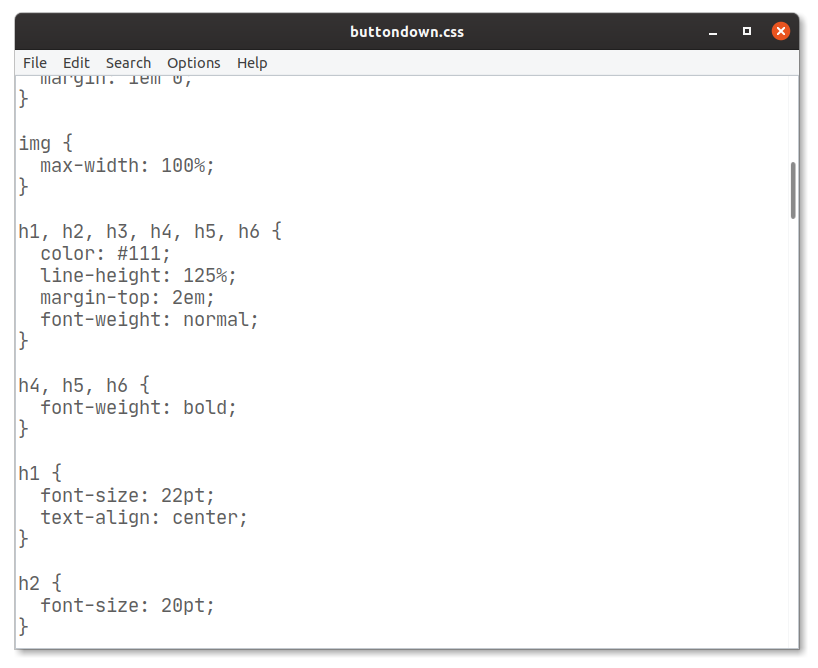 As I chronicle elsewhere on the web, anyone can use plain text to work more effectively. The one tool that you need to do that is a decent text editor.

You can’t discount a lightweight editor for working in plain text. For some, lightweight text editors are ideal tools: they're small, they're fast, and they don't have a lot of cognitive overhead. They let you focus on your work.