While I'm of two minds when it comes to smartphones and tablets, they can be useful. Not just for keep in touch with the people or using the web, but also to do some work when I'm away from my computer.

If you haven't already figured it out, for me that work is writing — articles, blog posts, essays for my weekly letter, ebook chapters, and more. I've tried many (probably too many!) writing apps for Android over the years. Some of them were good. Others fell flat.

In this article, I'd like to share four of my favorite open source Android apps for writers. You might find them as useful as I do.

If you're a writer, you need to write with something. A good choice for that job is Markor, a simple, yet flexible Markdown editor.

All you need to do is fire up Markor, create a new document, and start typing. You can add Markdown formatting by hand, or add it by clicking a button on the toolbar. When it comes to writing, Markor has no frills. It's just you and your words, as it should be. 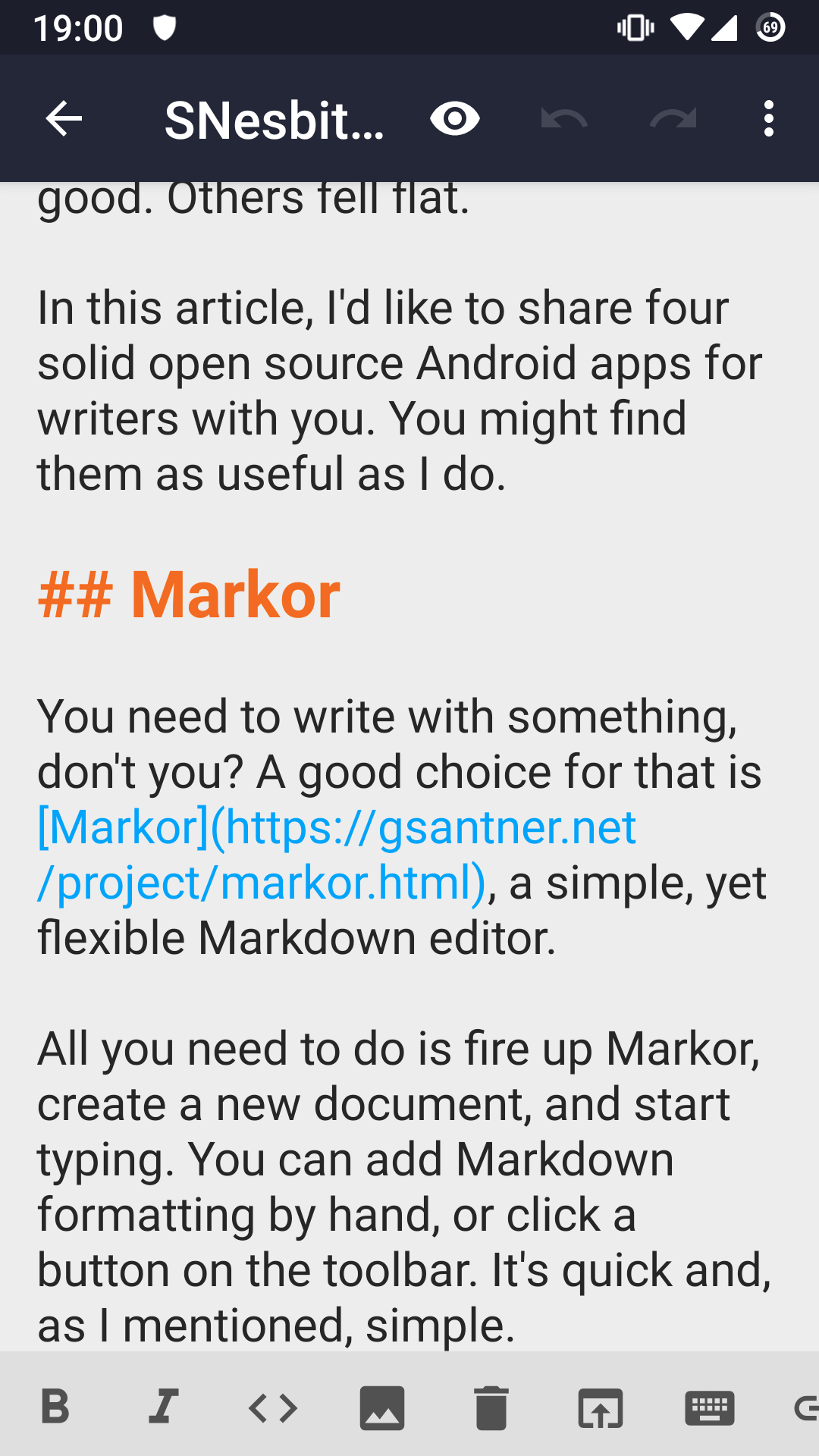 The app automatically saves your work to your phone or tablet's filesystem. If you sync your phone with a service like Nextcloud, you can set Markor up to save your work in a folder that the Nextcloud mobile app uses. That way, you don't need to manually shuffle files around.

Markor has a few other useful features. One of those is a simple preview. Another is a task list, which uses the same format as Todo.txt (a popular todo list manager). When you're researching a writing project, you can create a list of bookmarks. If you need to, you can export what you're writing as a HTML or a PDF file.

Some writers swear by outlines. Others hate them with a passion, finding outlines restricting. I'm in the former camp. On my laptop, I do most of my outlining using Emacs and org-mode. Bringing the org-mode experience to my phone or tablet is easy using Orgzly.

Don't let the fact that Orgzly uses org-mode's format turn you off. You don't need to be an Emacs guru, or even an Emacs user, to benefit from it.

Create a new notebook (the label Orgzly gives to an outline), and then add items to that notebook. In addition to a title, you can add tags and notes to each item in your outline. Since outlines are fluid, you can move items up, down, and around. If you need to, you can also sync your notebooks with your service or tool of choice. 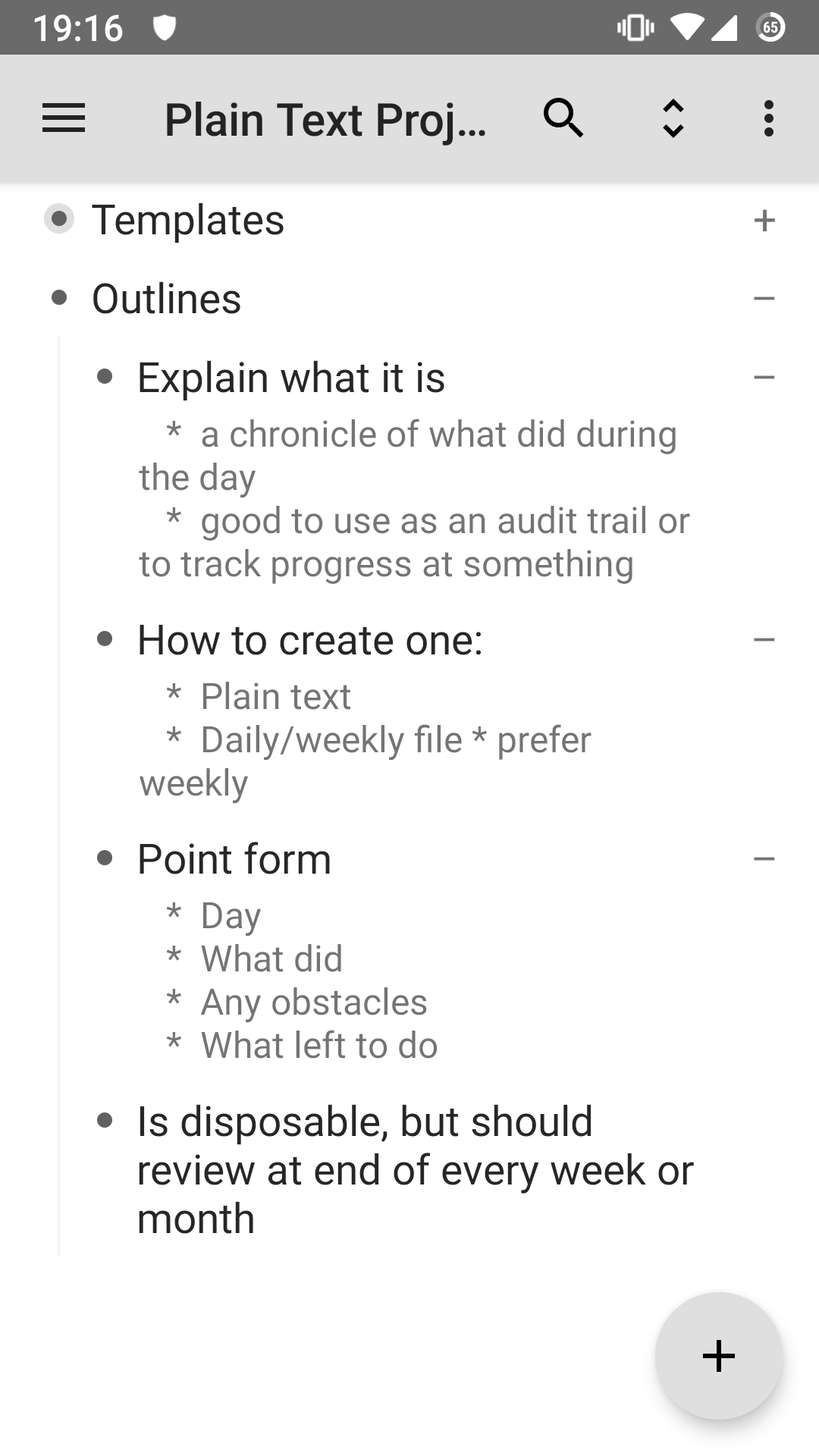 Orgzly takes a bit of getting used to. Once you do Orgzly's a great app for creating not only outlines, but also notes and task lists.

Notes are the life blood of any writer. They're a record of thoughts on a subject. They're snippets and rough drafts. They're research and quotes. And a lot more.

You can use Markor or Orgzly to take notes, but they're not for everyone. If you're one of those people, then you'll want to check out Carnet.

Unlike some note taking apps, Carnet enables you to add formatting to your notes. You can change the size, color, and alignment of fonts and add character formatting. You can also insert images into a note. When you're done, you can sync the note either with Carnet's service or with Nextcloud. 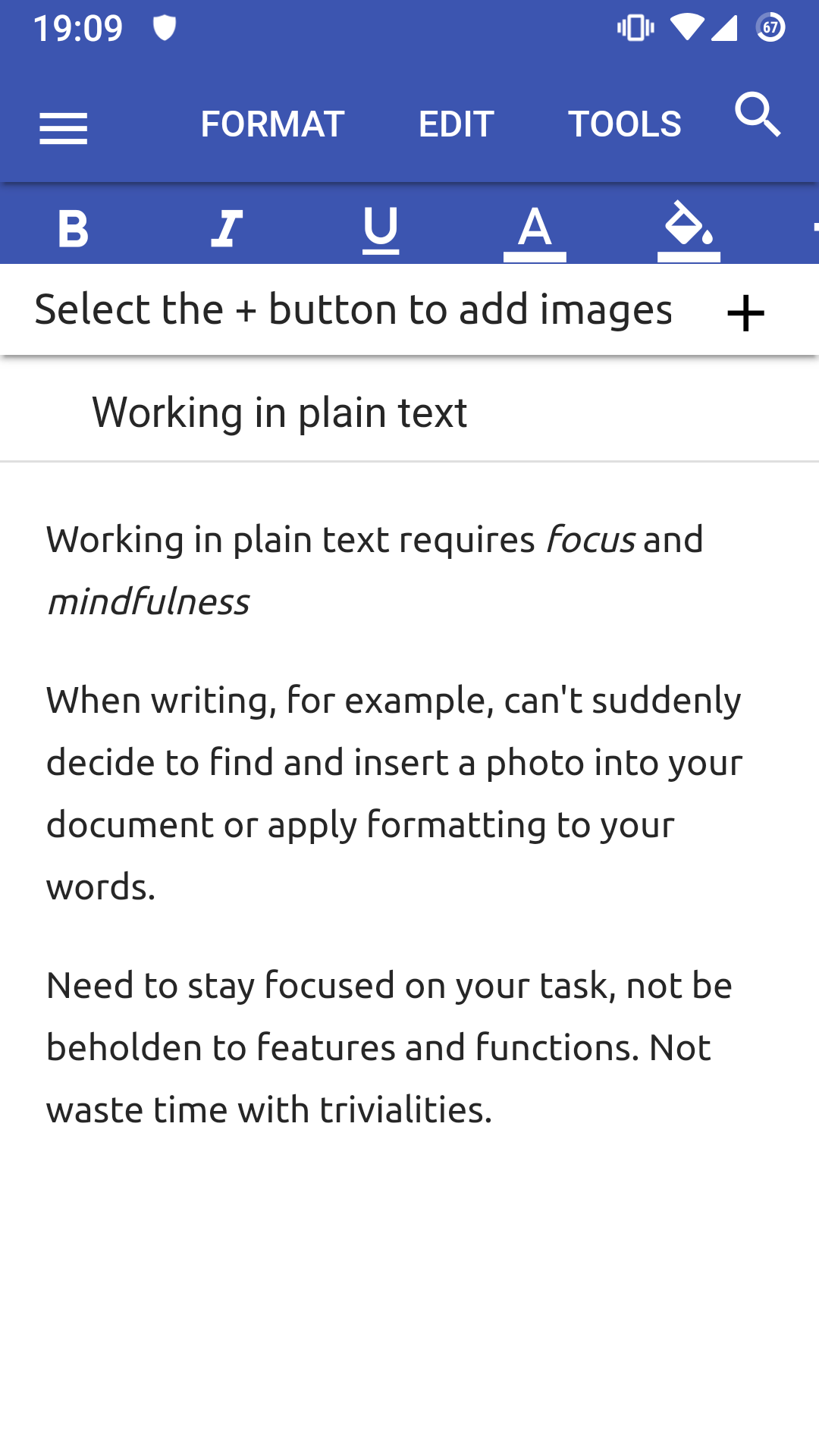 The way in which Carnet displays notes reminds me of Google Keep's layout — as tiles, which you can color, that display a note's title and its first few lines. That's not a bad thing — you can see what a note is about with a glance.

When I write on a phone or tablet, I usually use a folding Bluetooth keyboard. It's a lot faster and easier than typing with an on-screen keyboard. That said, there are times when I don't have my physical keyboard with me. The stock Android keyboard? It really doesn't do it for me. Instead, I use Anysoft Keyboard.

Why? I prefer the layout and spacing. On top of that, there are several keyboard themes from which to choose. Some are compact, while others space the keys out a bit more widely. Don't use QWERTY? Not a problem. Anysoft Keyboard also supports the Dvorak, Colemak, Workman, and Halmak layouts. While I'm more of a poly-not than a polyglot, I know more than a couple of people will find Anysoft Keyboard's language support to be a boon when they're writing in a language other than English.