A Trio of Useful Apps for elementary OS

When I switched to elementary OS in late 2020, I decided that my commitment to it would include trying to use as many applications coded specifically for the distribution as possible. So far, I've succeeded. While I do use some so-called standard open source applications, much of what I use on my desktop is curated for elementary OS in its AppCenter.

Let's spend the next few hundred words looking at three of those applications. I might not use them all of the time, but they definitely come in handy when I need them.

Mindmapping can be a very powerful creativity technique. A mindmap lets you visualize your ideas and how they fit together, and can unblock a mental log jam.

I usually pull together mindmaps on paper. But when I don't want to kill trees and waste ink, or don't have pen and paper handy, I turn to Minder.

If you've used a mindmapping tool in the past, you'll find Minder easy to use. You start off with your central idea, and branch out from that by creating nodes, which represent bits and pieces of that idea. You keep doing that until you have a full visual representation of our complete idea. 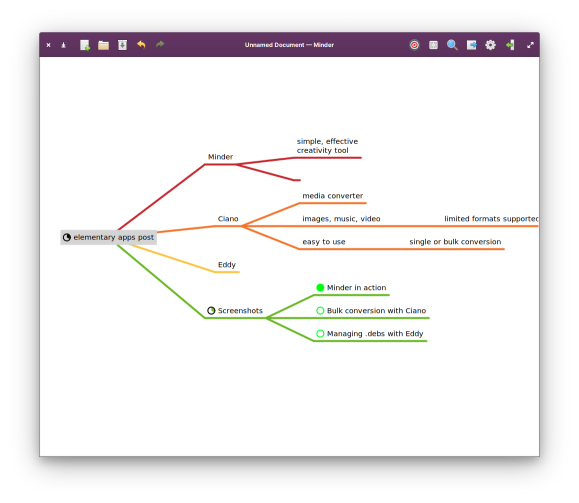 Minder gives you fine-grained control over the components that make up your mindmap. You can add notes and images to a node, add or delete nodes, change colours, and even turn a node into a task list.

You can also import mindmaps to and export them from various mindmapping, outlining, and graphics formats including Emacs org-mode, Freemind, Freeplane, OPML, and PNG.

Just so you know, Minder is a pay-what you want app. You're not obliged to pay to full amount a developer asks for, or pay anything at all for it. However, any money that changes hands goes to support the development Minder.

There comes a time when you need to convert an image, audio file, or video file from one format to another. Some of the most powerful and flexible tools for doing that run at the Linux command line — utilities like ImageMagick or FFmpeg. The problem is that they have so many options, and if you rarely use those applications you tend to forget those options when it comes time to take advantage of them.

In the past, whenever I've need to do a conversion I've used one or more desktop apps like SoundConverter. But Ciano is great alternative for elementary OS.

Ciano is easy to use. You select a file type to convert to, then add files to your conversion list. Once you've done that, click Start conversion to do the deed. 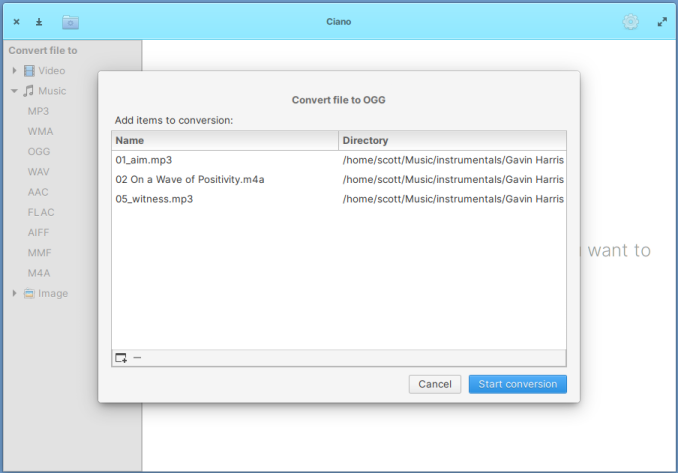 Ciano doesn't support conversions to all that many formats. But unless you're converting to obscure or rarely-used formats, what Ciano supports is probably more than enough for what you need to do.

Like Minder, Ciano is a is a pay-what you want app. Again, you're not obliged to pay anything but what you do pay helps support Ciano's development.

There is quite a bit of software in elementary's AppCenter — both specifically created for elementary and open source applications you might be used to if you've used other distributions. However, you might not find what looking for and might want to grab an installer from elsewhere.

That's where Eddy comes in. Use Eddy to install, manage, and uninstall .deb files, all within a simple graphical interface.

It's very easy to use. Just fire Eddy up, point it at a .deb you've file downloaded and then click Install. 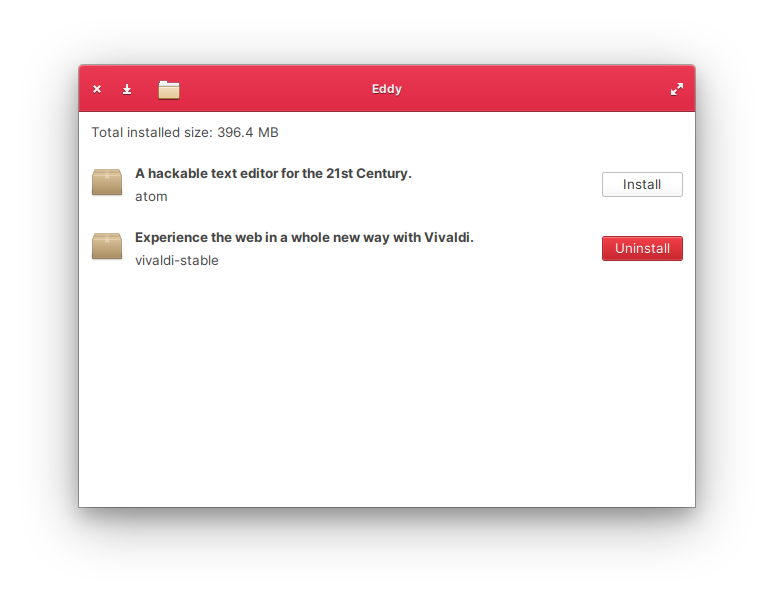 You can also uninstall a .deb or downgrade to an older version of an application if the newer one isn't playing nicely with elementary OS.

Using Eddy definitely beats jumping to the terminal and trying to remember a string of commands that you rarely use.