Browsing the Web with GNOME Web

If you've been around the web for a while, you might recall the First Browser War. It was a digital arms race between Netscape and Microsoft to cram as many features into their web browsers as they could. And they did. The result of that war was buggy, bloated, ungainly software. I don't miss those days ...

Things aren't quite that bad in the web browser world today. But as this article points out, modern browsers still try to do too much. They try to be too much. Even though I use Firefox, I'm always on the lookout for a good minimal, open source web browser. And like the writer of that article, I've used, written about, and liked one called Min. But I also try to keep my options open.

Recently, I was reacquainted with Web, the browser that comes with the GNOME desktop. I remember Web when it was called Epiphany. Back then, it was a lightweight browser with more than a little promise. In those days, it wasn't quite where I thought it should be, though. Several years on, I decided to take another look at Web. Here's what I found.

If you're using a Linux distribution that used the GNOME desktop, Web's probably already installed on your computer. If not, you can install it using your distribution's package manager or software centre.

If you're not using GNOME, you might be able to install it from your distribution's package manager. I can't guarantee that, however.

When you fire up Web, it's little different from, say, Firefox or Chrome. 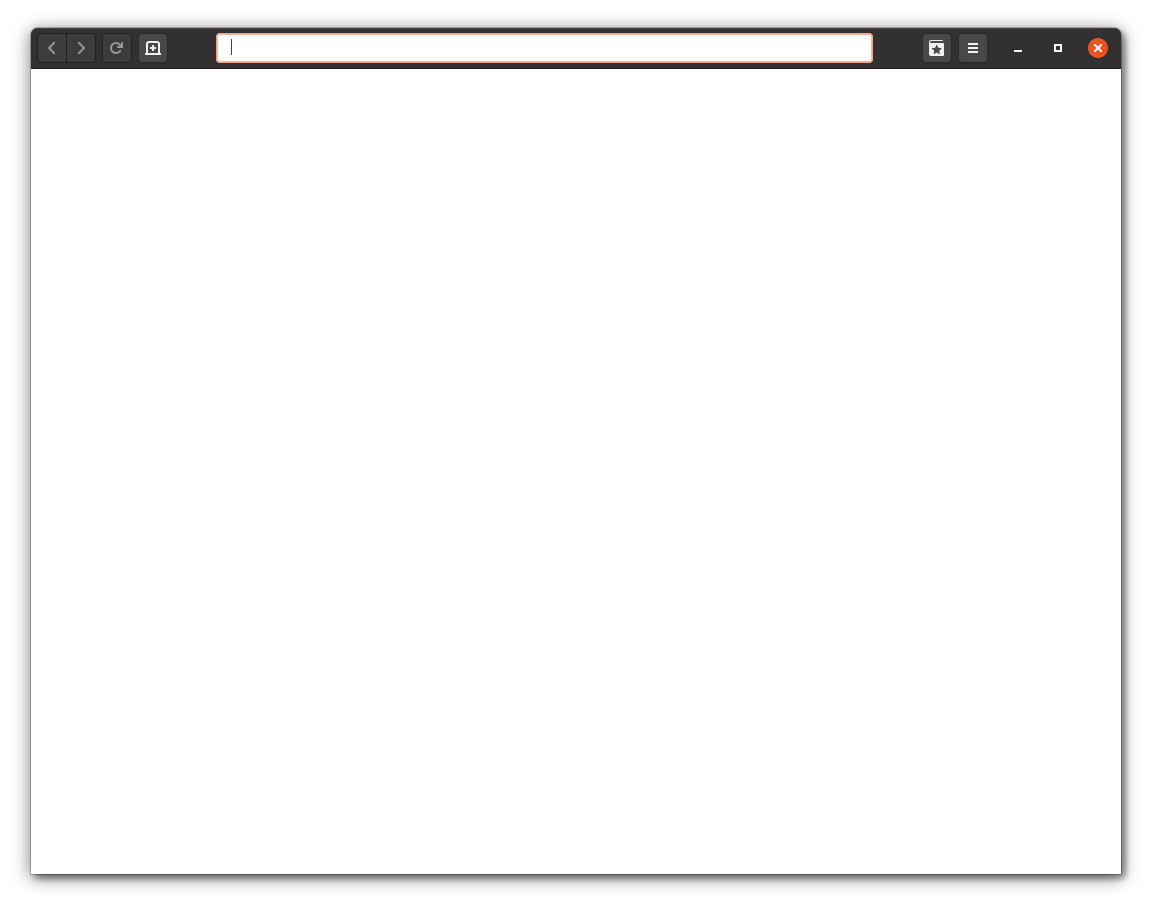 Something you'll notice is that Web's interface is quite spartan. There's the ubiquitous address bar, few buttons, and not much else. As with any browser, type a URL into the address bar, press Enter, and away you go. 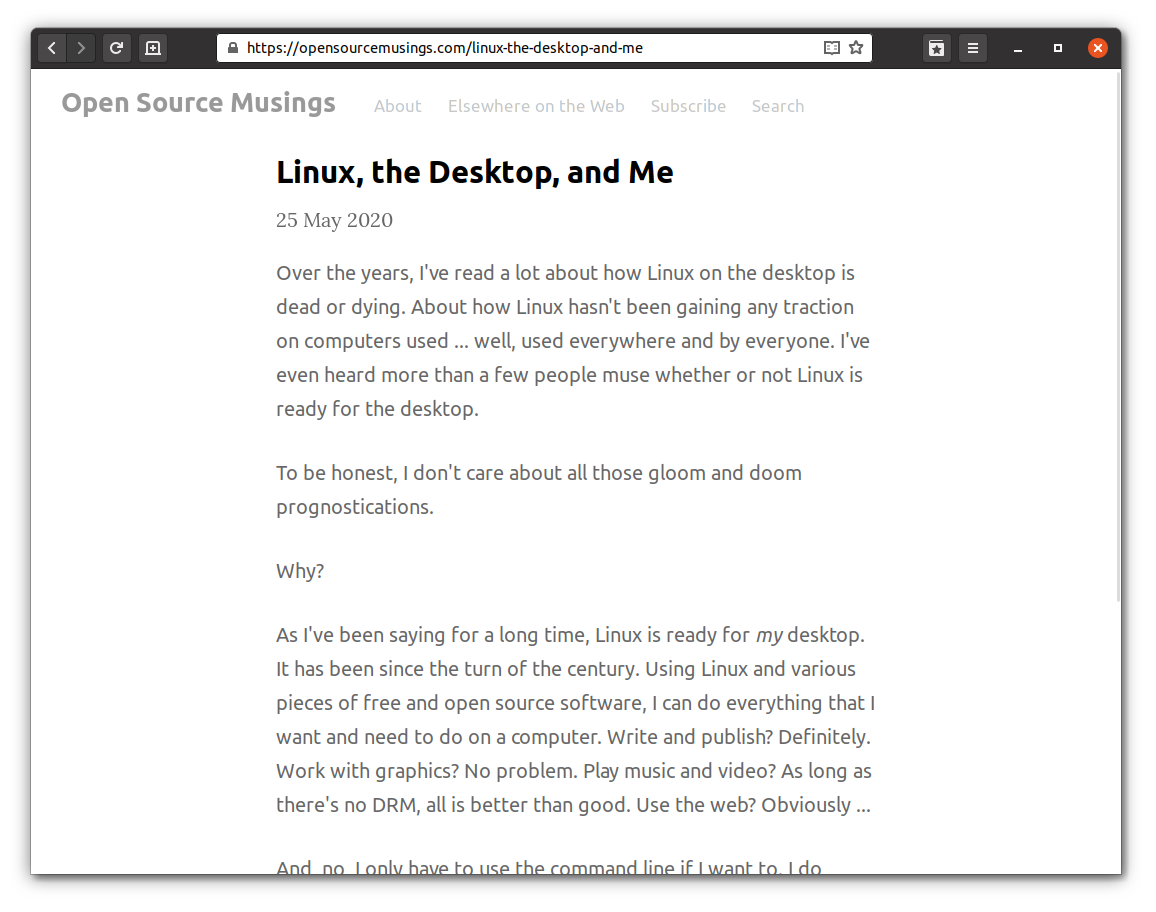 The sparseness of the interface also bleeds over into Web's configuration options. There are only a handful of them. 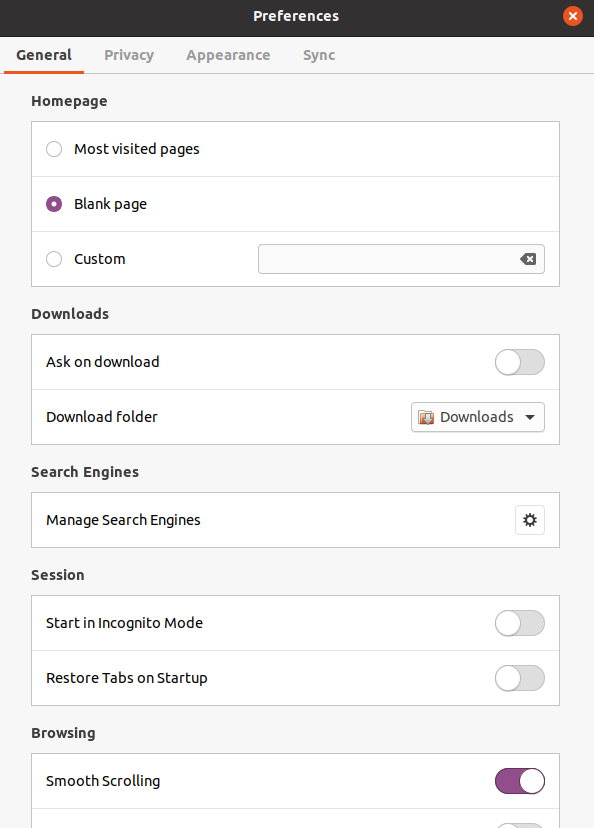 Some of Web's options, which you find under the stacker menu in the top right of the window, are:

If you use Firefox Sync, you can selectively pull the bookmarks, browser history, passwords, and more from Firefox into Web. I found that useful, but your mileage (or whatever unit of distance you use) will vary.

We all save bookmarks in our browsers. Some of us more than others. If you're moving over to Web, you don't need to start fresh. You can export your bookmarks from another browser as an HTML file and pull them into Web. Or, as I mentioned a moment ago, sync them from Firefox using Firefox Sync.

That's where the fun begins. I don't know about you, but I try to organize my bookmarks in folders. Web doesn't respect the folder structure of another browser's bookmarks. And there's no bookmark manager. You just get a long list of bookmarks. While you can sort your bookmarks using tags, you need to add those tags either when saving a bookmark using Web or by applying them in your other browser before import them. 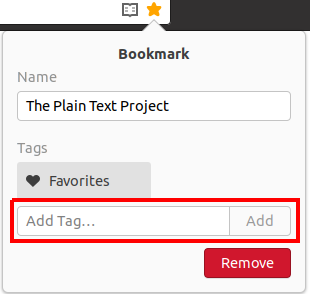 Overall, the Web offers a solid browsing experience. It's light and fast, and it never had problems with rendering a website. In fact, there was an ecommerce website that didn't want to let me checkout when I was using Firefox. When I tried doing the same thing in Web, I had no problems.

I didn't have problems listening to audio at most of the sites I tried — for example, sites like Radio New Zealand and Soma FM. The same goes for the video I encountered online. I only ran into one or two sites at which audio or video refused to play. 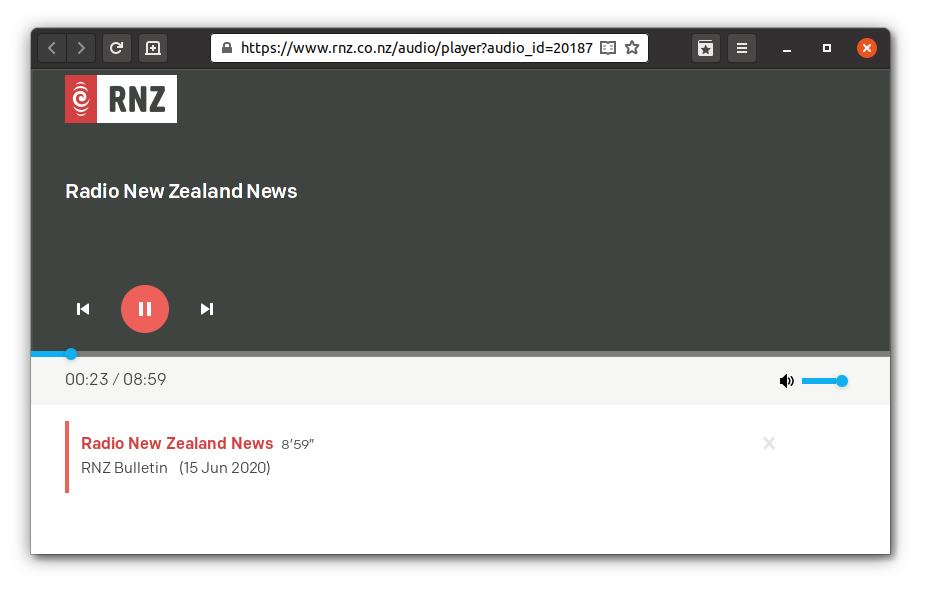 While I was using Web, I came to realize how much I rely upon Firefox's add-ons. I don't use many of them, but I really noticed their absence when using Web. Some of what I do — for example, saving an article to Wallabag (an open source read-it-later tool) — becomes a two- or three-step process rather than being a one-click operation.

A Couple of Annoyances

If there's a way to clear my browser history in Web, I can't find it (I found it!). On top of that, there's no way to delete cookies or private data when I shut Web down. To do that, I need to go into the preferences. 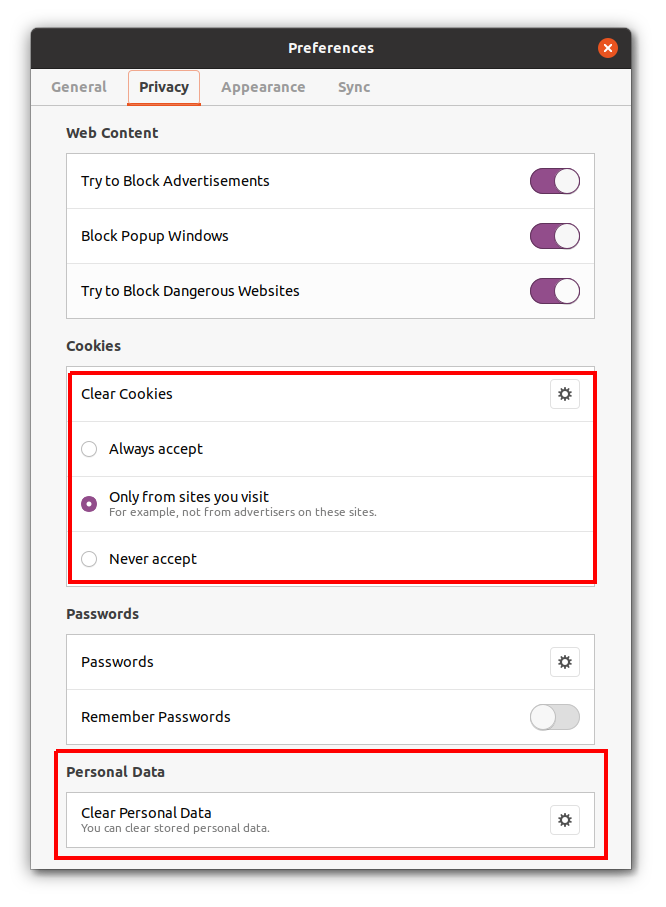 Every so often, Web would bog down when I hit a site that was heavy with JavaScript. As there doesn't seem to be a way to block JavaScript in Web, my choices were to either put up with the drop in speed or avoid those sites.

I was impressed at how much Web has improved since the last time I gave it a test drive. While it's not quite ready to be my daily web browser, it is close. Actually, I probably could use it daily. It's just a matter of me adapting to it.

Regardless, I hope that the GNOME team keeps refining Web. It's a good, lightweight alternative to other browsers, and it has the potential to become even better than a good alternative.