Collaborating with others, in real time, with EtherPad

While writers have the reputation of being solitary figures, tapping away at keyboards in small rooms, we sometimes have to collaborate with other writers. And sometimes we need to collaborate while an idea or document is hot.

Collaborating in real time can be tricky. You just can't email word processor files around and hope to quickly or efficiently work together.

If you're in a situation like that, then you might want to consider an open source alternative: EtherPad.

EtherPad is described as a web-based word processor that allows people to work together in really real-time.

It's not a fully-featured online word processor, like Google Drive. It's more of a rich text editor. You can add basic formatting to your documents, import and export them in a number of formats, and even chat online with your collaborators using the built-in chat pane.

Using EtherPad is easy. All you need to do is go to an instance of EtherPad (more on this soon), type a name for your document (called a pad), and then click OK.

Highlight the text (which is just an welcome/introduction) and delete it. Then share the URL of the pad with your collaborators and get to work. 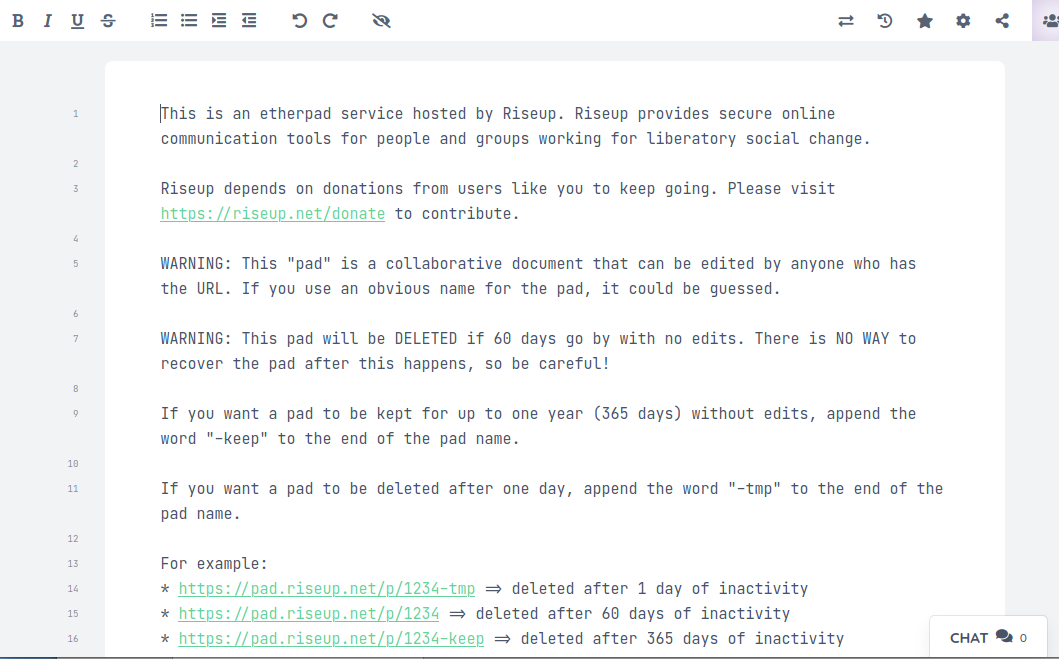 Why not? If you're on a project with other writers (or even clients) and need to collaborate on something immediately, then EtherPad is a good choice. It's fast and it's simple. It gets the job done.

When multiple people edit the same document simultaneously, any changes are instantly reflected on everyone's screen

On top of that, those changes are highlighted in different colours for each person working on the document. 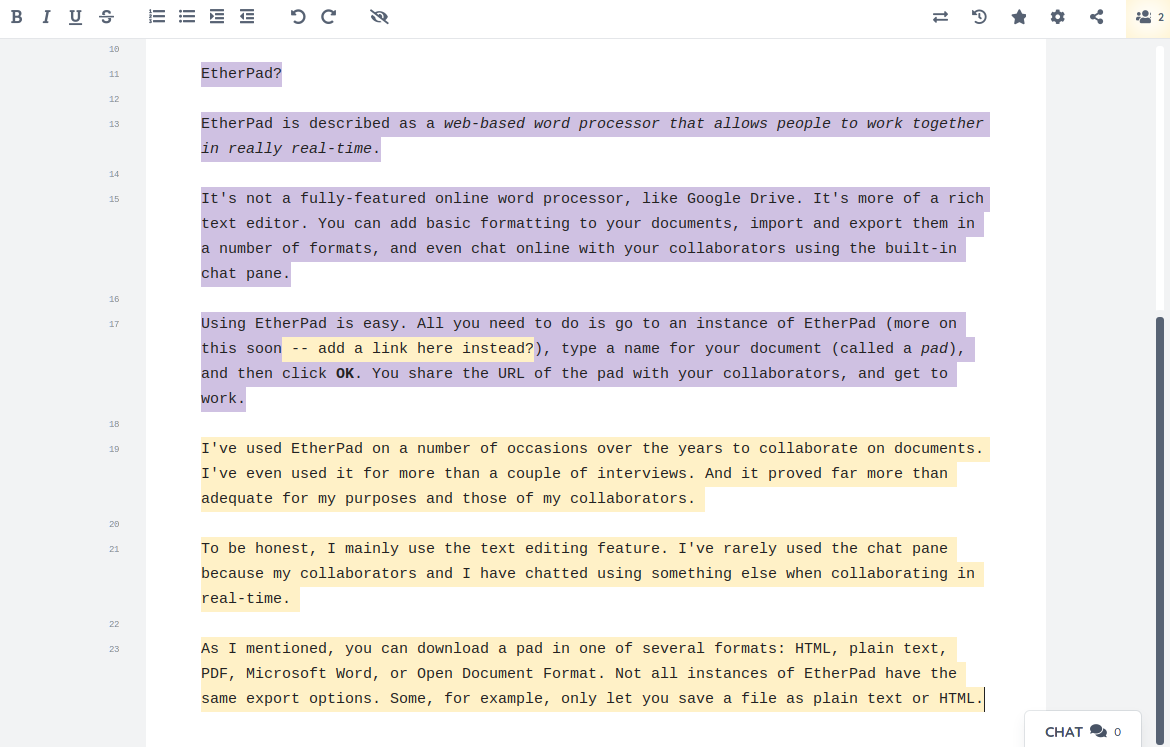 I've used EtherPad on a number of occasions over the years to collaborate on documents. I've even used it for more than a couple of interviews. And it proved far more than adequate for my purposes and those of my collaborators.

To be honest, I mainly use the text editing feature. I've rarely used the chat pane because my collaborators and I have chatted using something else when collaborating in real-time.

As I mentioned, you can download a pad in one of several formats: HTML, plain text, PDF, Microsoft Word, or Open Document Format. Not all instances of EtherPad have the same export options. Some, for example, only let you save a file as plain text or HTML.

Finding a Pad to Use

The original EtherPad is no longer online. It was purchased by Google many a year ago, decommissioned, and its features incorporated into several of Google's products.

But after doing that, Google did the right thing an released EtherPad as open source software. A number of enterprising people have tweaked the code and used it to make instances of EtherPad available on the web. These instances include:

You can find a long list of other sites that run EtherPad here.

EtherPad is great for quick and easy collaboration with other writers. It can help you thrash out ideas, refine content, and break creative or group impasses.