As someone who writes for a living, I tend to take a lot of notes. Once upon a time, I used a desktop application called Tomboy to do that. Tomboy was a nifty little app, but it ran a bit slowly for my tastes. And I found that it could be more than just a little unstable at times.

On top of that, Tomboy needed something called Mono in order to run. To say that Mono has something of a controversial rep in the Linux world is like saying a monsoon is a little bit of rain. I'm not a zealot, but having Mono on my laptop to run a single application seemed like overkill to me. So, it was bye-bye Tomboy and Mono.

While I now use Standard Notes to take notes, my road to it took me through several other applications, both on the web and on the Linux desktop. With the latter, one that I tried and liked was Gnote — a rewrite of Tomboy in the C++ programming language.

Recently, I decided to give Gnote another look. Here's what I found (and recalled).

The easiest way to get Gnote is to install it from your distribution's package manager. If it's not there, you can also install it via Flatpak.

If you're so inclined, you can download the source code and compile it.

Now that you've got Gnote, it's time to use it.

When you launch Gnote for the first time, you have a blank canvas. 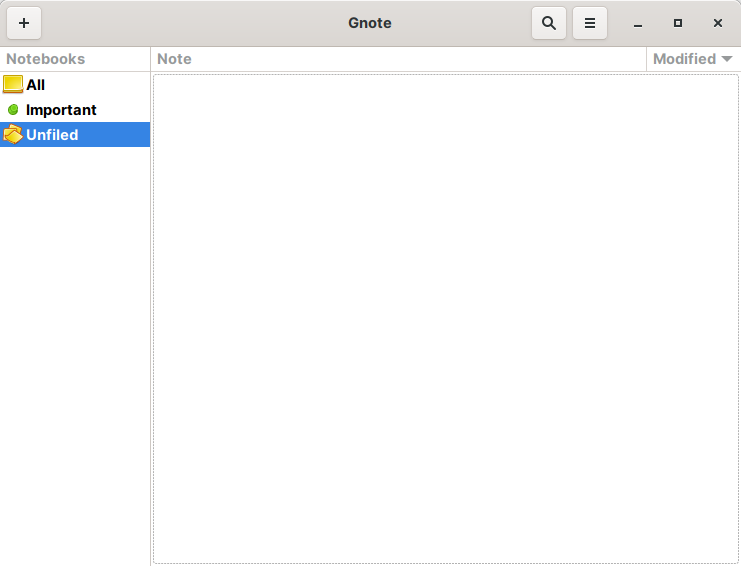 What do you do with a blank canvas? You create something on it. To get started doing that, click the stacker menu and select New Note. 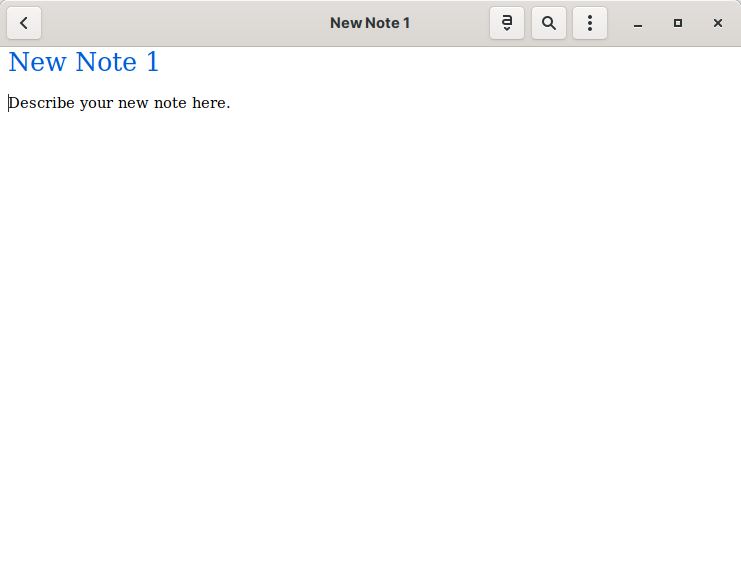 Give your note a title, then start typing. Gnote enables you to add basic formatting to your text — bold, italic, underline, and strikeout; yellow highlighting, and changing text to a fixed width font. You can also add bullets and indents, or change the size of the font. 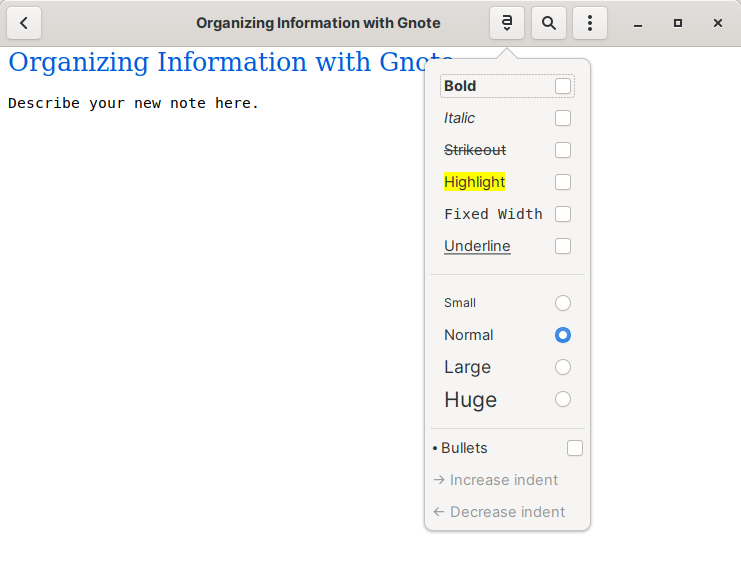 Gnote also enables you to link between notes. If the note you want to link to exists, type its title in full. That automatically becomes a link.

Or, highlight some text then right click it and choose Link to New Note. Gnote creates a note with title that matches the text that you highlighted. You can the title of the new note. If you do, and return to the main Gnote window, a message displays asking if you want to rename the link:

Click Rename Links to do the deed. The text of the link in the first note also changes.

Notebooks are collections of notes that you can group under similar topics — for example, Writing or Plain Text Project. 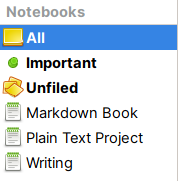 To create a notebook, right click in the pane on the left of the Gnote window and select New. You're prompted to give the notebook a name. Do that, and click Create.

After you've created a note, you can associate that note with a notebook. All you need to do is click the three vertical dots on the toolbar. Then, select Notebooks and click the name of the notebook to which you want to add a note on the menu that appears. 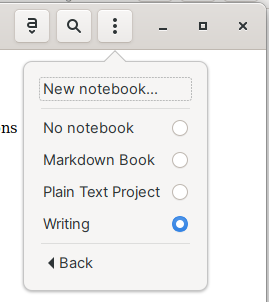 You can also create a notebook from that menu.