Launching Your Applications with Kupfer

There's no doubt that a good application launcher can save you time and cut down on keystrokes and mouse clicks when working on the desktop. Over the years, I've tried a number of launchers. None of my experiments were as satisfying as I thought they would or should have been.

I don't know why that was. Maybe I was just too wedded to my application menus and my mouse. Or maybe I just had all the applications I needed within reach of that mouse or the run program dialog or docks like AWN.

For whatever reason, I decided to give a launcher another try. I looked at several and went with one called Kupfer for a second time. It's quickly grown on me.

That means installing the software. I did it using Ubuntu Software Center. You can also download the source code, or install it from your favourite package manager. Assuming, of course, that Kupfer is in your distro's software stream.

After installing Kupfer, next comes setting it up. Start the application using your window manager's applications menu.

On the Kupfer main window, click the little gear icon and then select Preferences from the menu that appears. 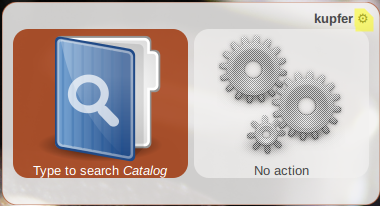 And there are quite a few preferences to configure! Not that you need to configure all of them. I didnt. I only focused on a couple of options.

The first two options were on the General tab. I selected the Start automatically on login checkbox, and cleared the Show icon in notification area check box. Why? The first option is obvious. The second ... well, I just don't like seeing the icon in the notification area is all. Remember, these are personal preferences! 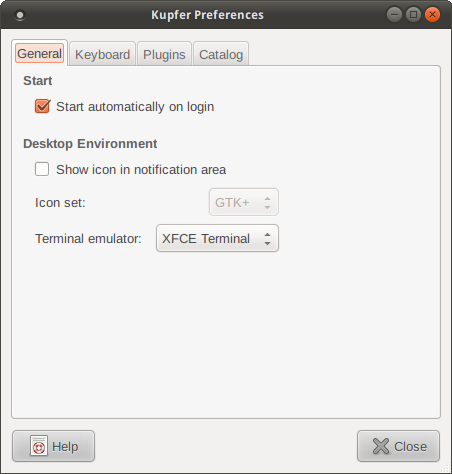 For the next one, I clicked the Keyboard tab. 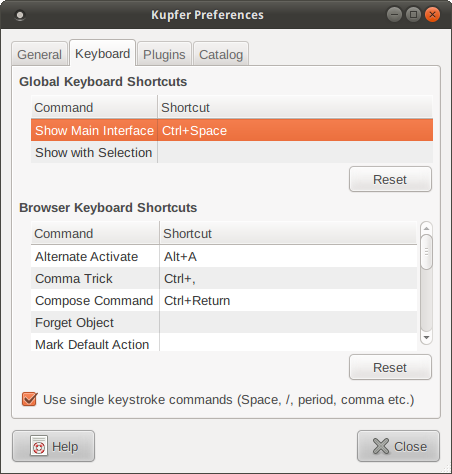 I made sure that the keyboard shortcut for the Show Interface setting (which makes Kupfer magically appear) was set to CTRL + spacebar.

And that was it.

Nothing could be easier. Just press CTRL + spacebar (or whatever your keyboard shortcut is) and then start typing the name of the appliction that you want to launch. As you're typing, Kupfer gives you some choices. 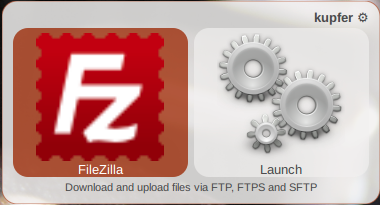 In this case, I typed fil and the first application installed on my computer that had that combination of letters in its name is FileZilla. Once you have the application in your sights, press Enter.

There's a lot more that Kupfer can do. Most of it doesn't interest me or have much use to me. At least not at the moment. That could change, though.

I've been using Kupfer for several years now. The last time I tried a launcher, I usually uninstalled it within a few days. But as I mentioned at the top of this post, Kupfer has grown on me. It's easy to use, and gives me quick access to the applications I regularly use. And some I don't use all that often.