Once upon a time, carrying your todo list with you mean keeping a sheet of paper or a notebook in your pocket or bag or somewhere else within easy reach. Nowadays, it's a lot easier thanks to smartphones.

There are more than a couple of todo list managers for Android. Some of them are even open source. I've tried several over the years and they've either been bare bones or they've packed every bell and whistle imaginable. One of the better ones that I've tried is Tasks, which is based on the late, lamented Astrid todo list app.

Tasks lies in the middle ground between the simple and the (sometimes overly) complex mobile todo list apps out there — it does a lot, but doesn't (and doesn't try to) overwhelm you.

You can install Task from F-Droid or that other Android app store. The choice is yours.

Once Tasks is installed on your phone, tap the icon to start it. 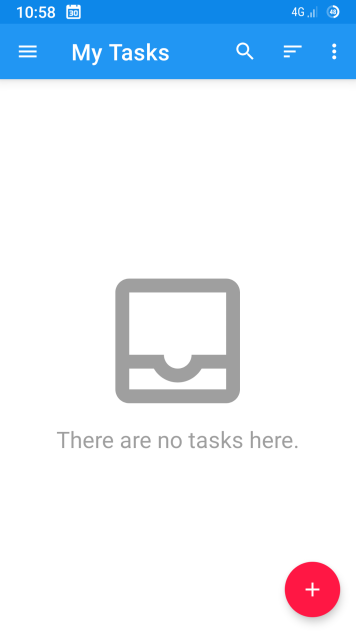 Add a task by tapping the + button at the bottom right of the screen. 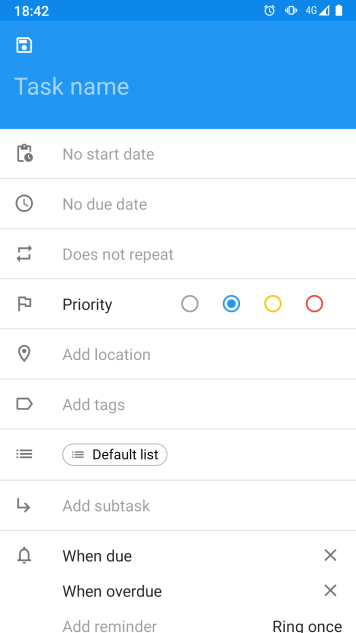 Enter a name for the task — for example, Write Tasks posts for Open Source Musings. When you're done, tap the Save icon.

Do that for each task that you need to tackle. 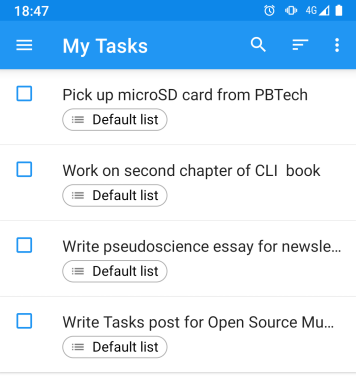 You can edit a task by tapping it. To complete a task, tap the checkbox beside it on the My Tasks screen.

For many people, just having a list of tasks is enough. They don't need anything else around those tasks. Others, though, need a bit more. And Tasks can handle that.

When you created a task, you might have noticed that there were several options on the screen on which created that task. You can: 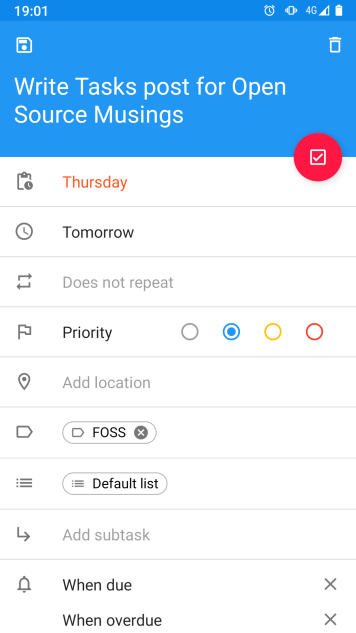 Most of us have several aspects to our lives. Work, personal, side hustle, and others. Because of all that, our todo lists can get long. They can get complicated and intimidating.

You can make your tasks more manageable by organizing them using lists. List enable you to group similar tasks together — for example, in Tasks, I have lists called Personal, Writing, Freelance, and Blogging.

To create a list, tap the stacker menu in the top-left of the screen and then tap Create new list. 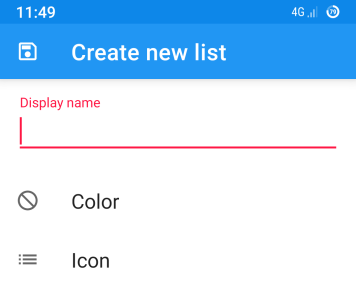 Type a name for the list, and optionally select a colour and an icon for it. Then, tap the Save icon.

You can add a task to a list when you create it, or you can edit an existing task and add it to a list.

There are people use more than one device — a smartphone or two, a laptop or desktop computer, and a tablet. For them, it's important to be able to have their todo lists on all of their devices, but without having to manually copying them between those devices. Tasks has a very robust syncing feature which lets you synchronize your task with these services:

To set that up, tap the stacker menu and then tap Settings. On the Setting screens, tap +Add account. 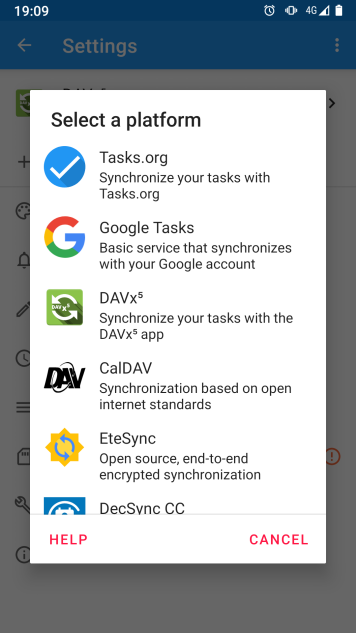 Select a sync platform and then fill in the required information.

Syncing on my phone, for example, is done with Nextcloud via the DAVx5 app. If you've already set up syncing with DAVx5, it's added to Tasks (regardless of what you're using it with).

It's been a while since I've used a dedicated todo list app on my phone — I've been using plain text files for a few years now. That said, I found Tasks to be easy to use and easy to adapt to.