(This post was first published, in a slightly different form, at Opensource.com and appears here via a CC-BY-SA 4.0 license.)

Before you start reaching for those implements of mayhem, Emacs and vim fans, understand that this article isn't me putting the boot to your favorite editor. I've used both Emacs and vim. And I like them both. A lot.

That said, I realize that Emacs and vim aren't for everyone. It might be that the silliness of the so-called Editor War has turned some people off. Or maybe they just want an editor that's less demanding and which has a more modern sheen.

If you're looking for an alternative to Emacs or vim, keep reading. I have two that might interest you.

Atom is a new-ish kid in the text editing neighborhood. In the short time it's been on the scene, though, Atom has gained a dedicated following.

What makes Atom attractive is that you can customize it. If you're of a more technical bent, you can fiddle with the editor's configuration. If you aren't all that technical, Atom has a number of themes you can use to change how the editor looks.

And don't discount Atom's thousands of packages. They extend the editor in many different ways, enabling you to turn it into the text editing or development environment that's right for you. Atom isn't just for coders. It's a very good text editor for writers, too. 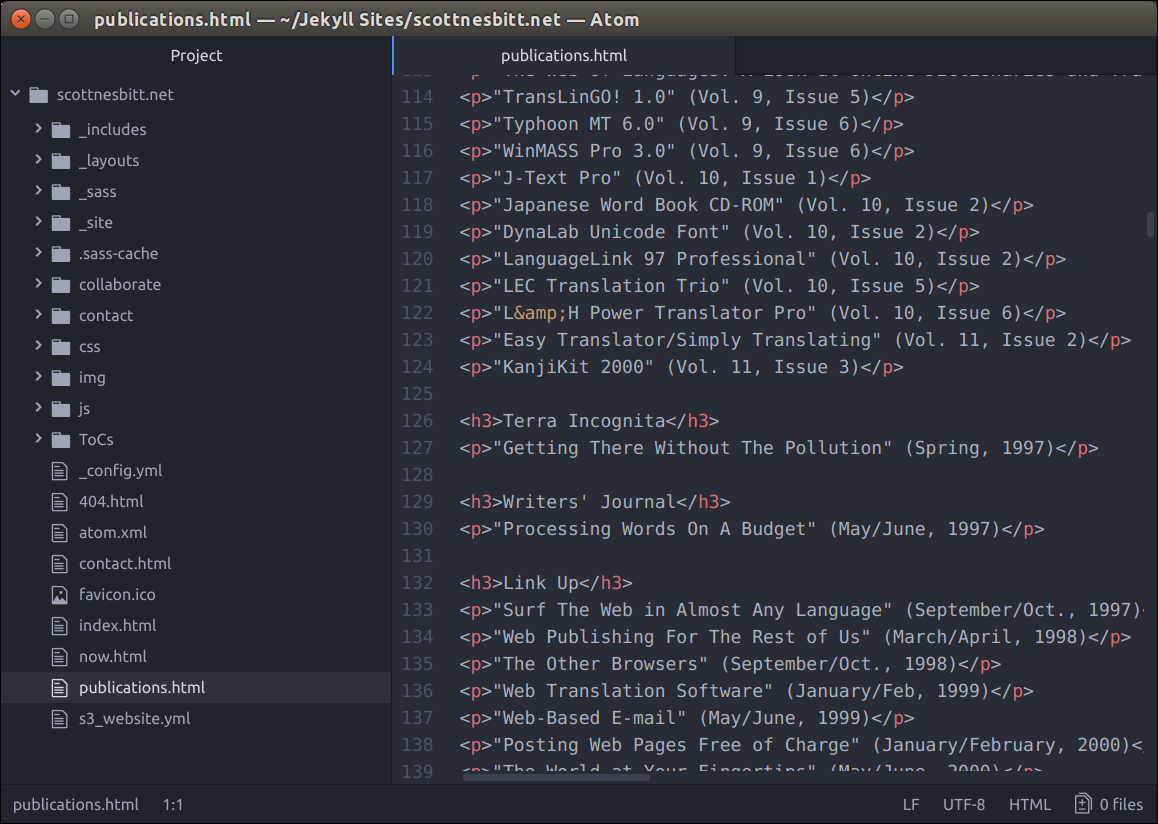 Maybe Atom is a bit heavy for your tastes. Maybe you want a lighter editor, something that's not bare bones but which doesn't have a whack of features you'll rarely (if ever) use. In that case, Xed might be what your looking for.

If Xed looks familiar, it's a fork of the Pluma text editor for the MATE desktop environment. I've found, though, that Xed is a bit faster and a bit more responsive than Pluma — your mileage may vary, though.

While Xed isn't as rich in features as other editors, it doesn't do too badly. It has solid syntax highlighting, a better-than-average search and replace function, a spelling checker, and a tabbed interface for editing multiple files in a single window. 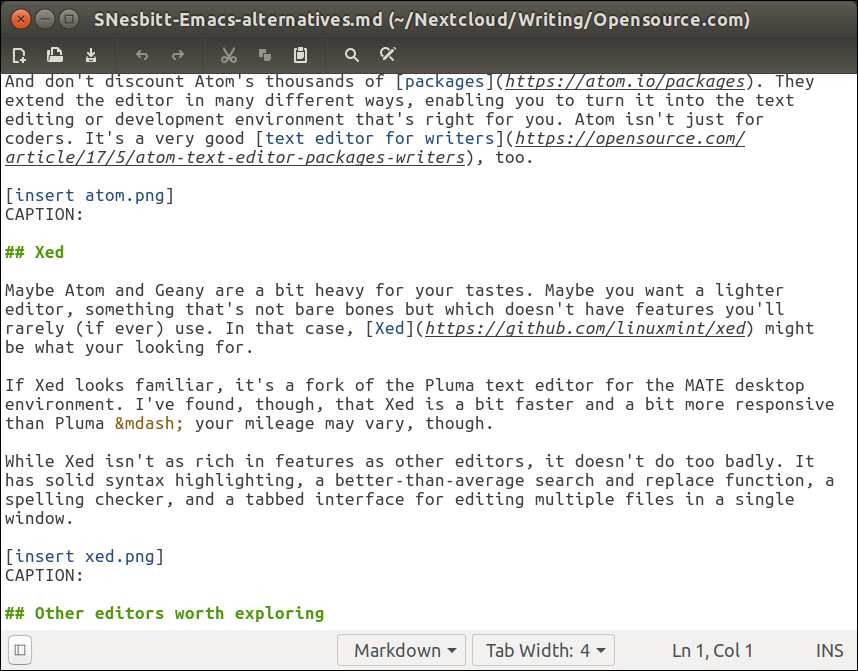 Other Editors Worth Exploring

I'm not a KDE guy. But when I worked in that environment, KDevelop was my go-to editor for heavy-duty work. It's a lot like Geany in that KDevelop is powerful and flexible without a lot of bulk.

While I've never really felt the love, more than a couple of people I know swear by Brackets. It is powerful, and I have to admit its extensions look very useful.

Billed as a text editor for developers, Notepadqq is an editor that's reminiscent of Notepad++. While it's in the early stages of development, Notepadqq does look promising.

Gedit and Kate are excellent for anyone whose text editing needs are simple. They're definitely not bare bones — they pack enough features to do heavy text editing. Both Gedit and Kate balance that by being speedy and easy to use.