Taking a Look at the GNOME Text Editor

Despite what the why not just use Emacs/vim/VSCodium/whatever brigade may think and say, not everyone needs a powerful text editor packed with every feature. Including a sink and a death ray.

Some folks just need something simple, something basic with which to edit text. You can do that on the GNOME desktop using Text Edit, which is a stripped down version of the venerable GNOME editor Gedit.

While Text Editor has been around for a few years, I haven't used a GNOME-based text editor in that time so it's kind of new to me. To be honest, I liked using Gedit, so I was surprised when found this application in the elementary OS AppCenter. Just to take it for a spin, to see how well it works. Here's what I learned.

Note: I'm approaching Text Editor from the perspective of someone who writes, not as coder. I'm not in a position to judge how well or badly it works for development tasks. You have been warned.

As I mentioned a moment ago, you can install Text Editor using the software centre for just about any distributions that uses the GNOME desktop. It's also available via Flathub. And, as I pointed out, I found Text Editor in the elementary OS AppCenter.

Installation from within a GUI application manager is point and click. If, on the other hand, you're installing it from Flathub via the command line, type this in a terminal window:

Either way, it doesn't take long to get up and running with Text Editor.

When you fire it up, Text Editor looks a lot like Gedit. You get a blank canvas on which to type, and a minimalist interface. Start typing or click Open on the toolbar to load a file to edit. 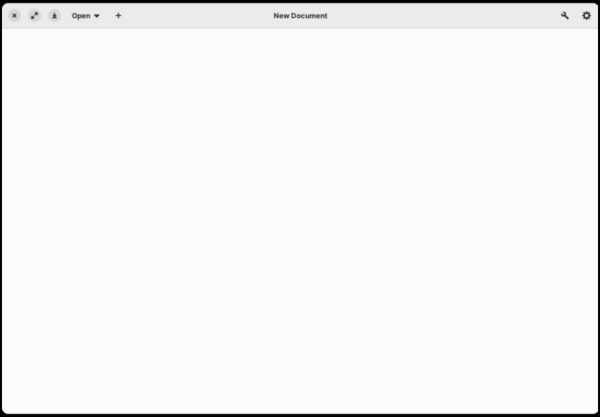 You can have multiple files open at same time, with each file on its own tab, as shown below: 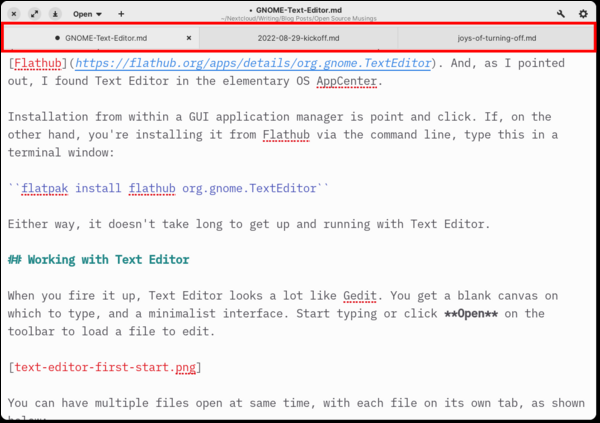 If enabled, Text Editor does inline spell checking as you type. You can right click a misspelled word (or one that Text Editor thinks is misspelled) and either correct it or add it to your custom dictionary.

When you're ready to save your work, press CTRL+S; there's no Save button on the toolbar. But if you don't save and exit Text Editor, it remembers what were working on and displays that file in its own tab the next time you fire up the app.

On top of that, Text Editor applies syntax highlighting based on the extension of the file that you're editing. Here's an example of the highlighting applied to an HTML file: 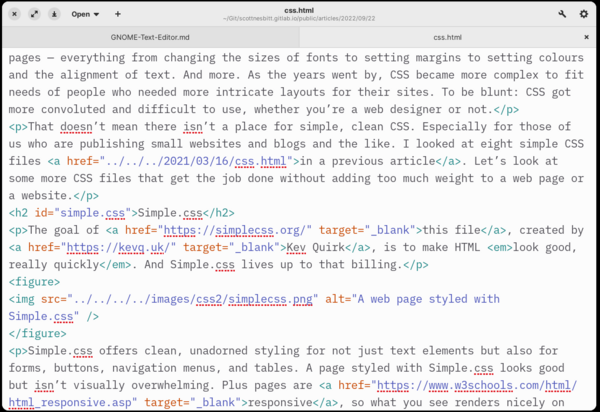 You can also click the Settings menu and select Document Properties to get some information about the file you're working on. That includes a word and character count, as shown below: 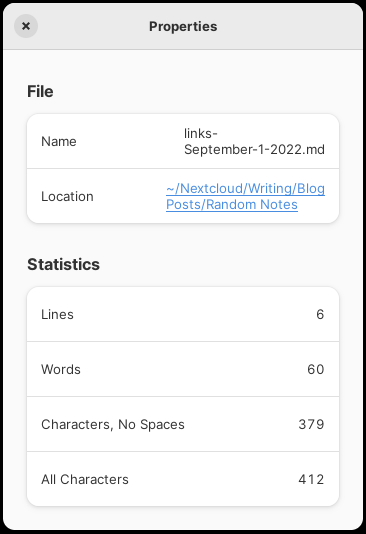 What good's an application if you can't make it your own? You can configure Text Editor, though not extensively. To do that, click the View menu. From there, you can choose whether or not to display line numbers, modify indentation, turn on text wrapping and the spelling checker, and more. Here's what that looks like: 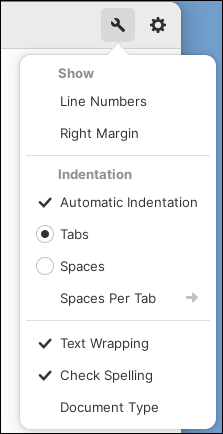 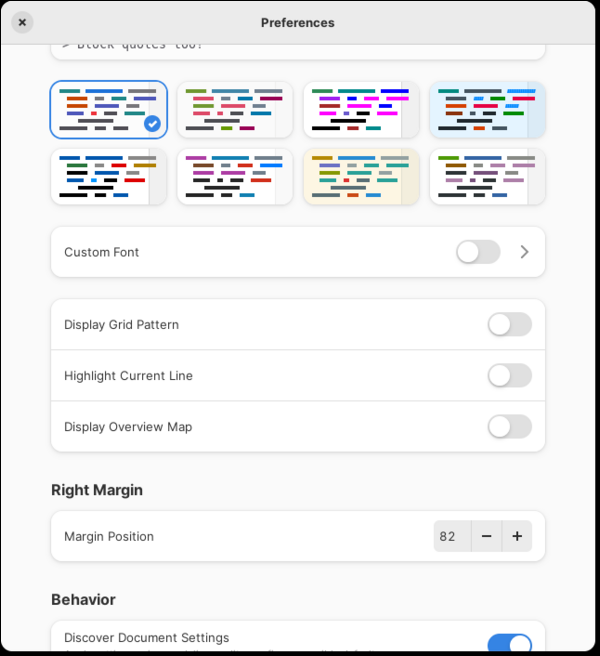 Here are some of the options that you can twiddle and twern:

Text Editor is basic. It's simple. And it's not an editor that will appeal to the power user. But power users aren't the only folks who use Linux.

I found Text Editor to be zippy and more than functional. For me, it's perfect for my every day text editing and writing tasks. In fact, I uninstalled Code (the default elementary OS text editor) and now use Text Editor exclusively.