When I mentioned that I was writing this post, a few people asked me why I was looking at a developer's editor when I advocate using simple text editors. That's a good question.

Geany occupies an interesting middle ground. While it's flexible enough for a number of development tasks, Geany is also light enough for anyone, regardless of their level of technical skill, to use for their plain text work.

Geany looks like this when you first fire it up after installation: 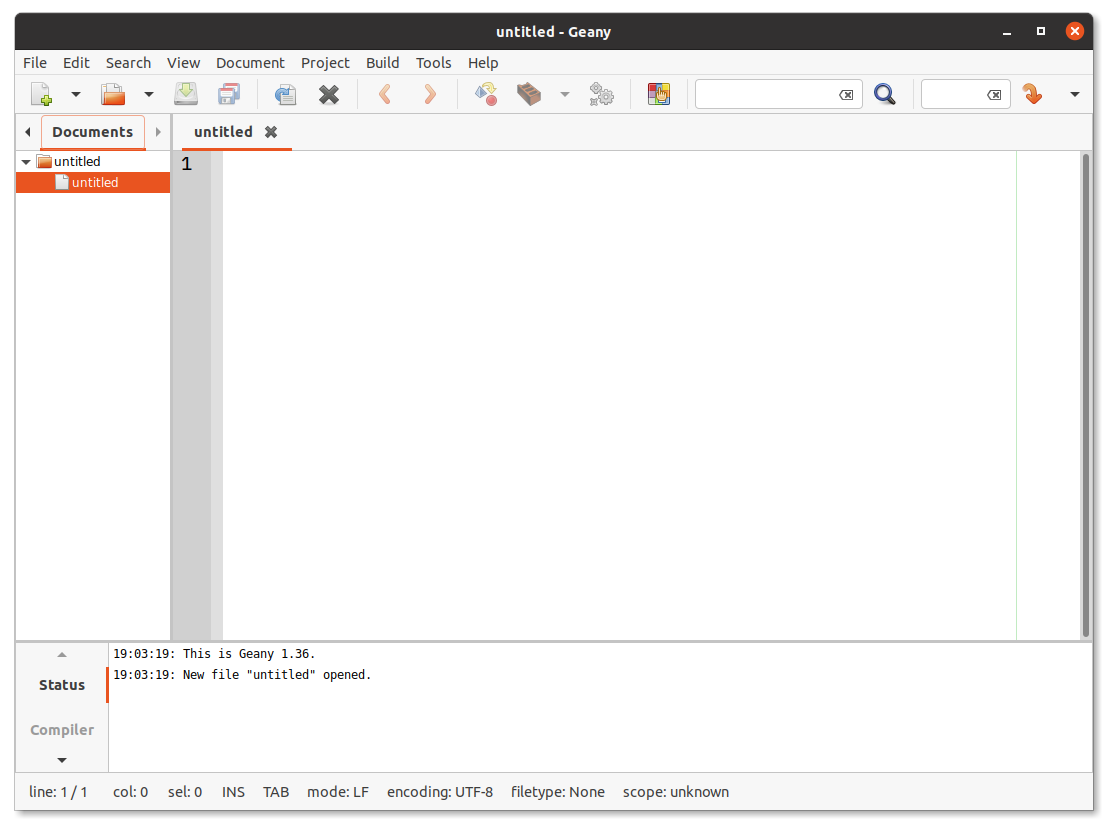 If you aren't a developer, there's a lot of clutter there. At first sight, you might even think this This really isn't for me. If you don't need a lot of what you see, you can get rid of it. To do that, click the View menu and deselect these options:

You can also remove toolbar buttons you don't use by right clicking on the toolbar and selecting Toolbar Preferences. In the window that displays, click Customize Toolbar. 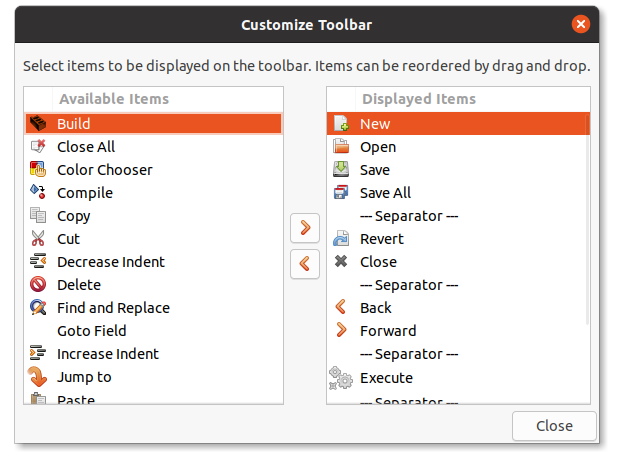 Select an item from the left column and click the < button to remove it.

After you remove everything you don't need, Geany has a slightly more streamlined look: 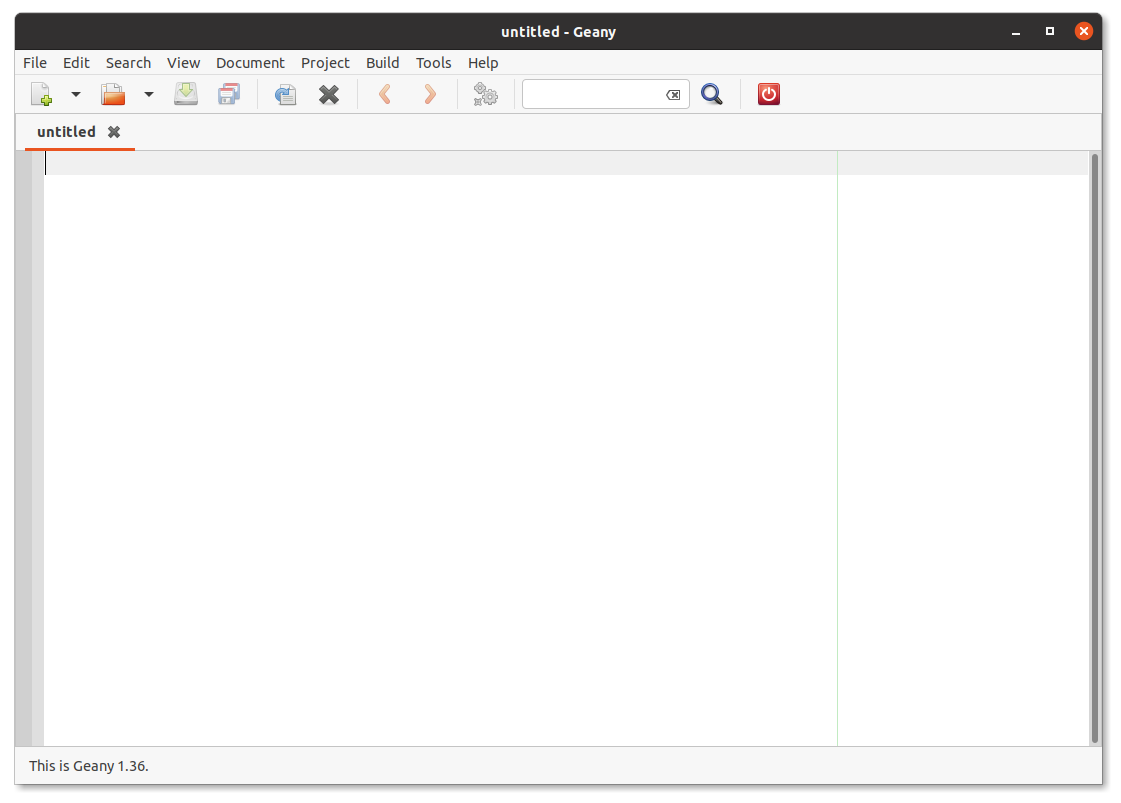 As you've probably guessed, using Geany is like using any other text editor. You create or open a text file and start typing. Nothing too fancy or complicated there. If the file you open uses a markup language, and that language is supported in the editor, Geany applies syntax highlighting to it. 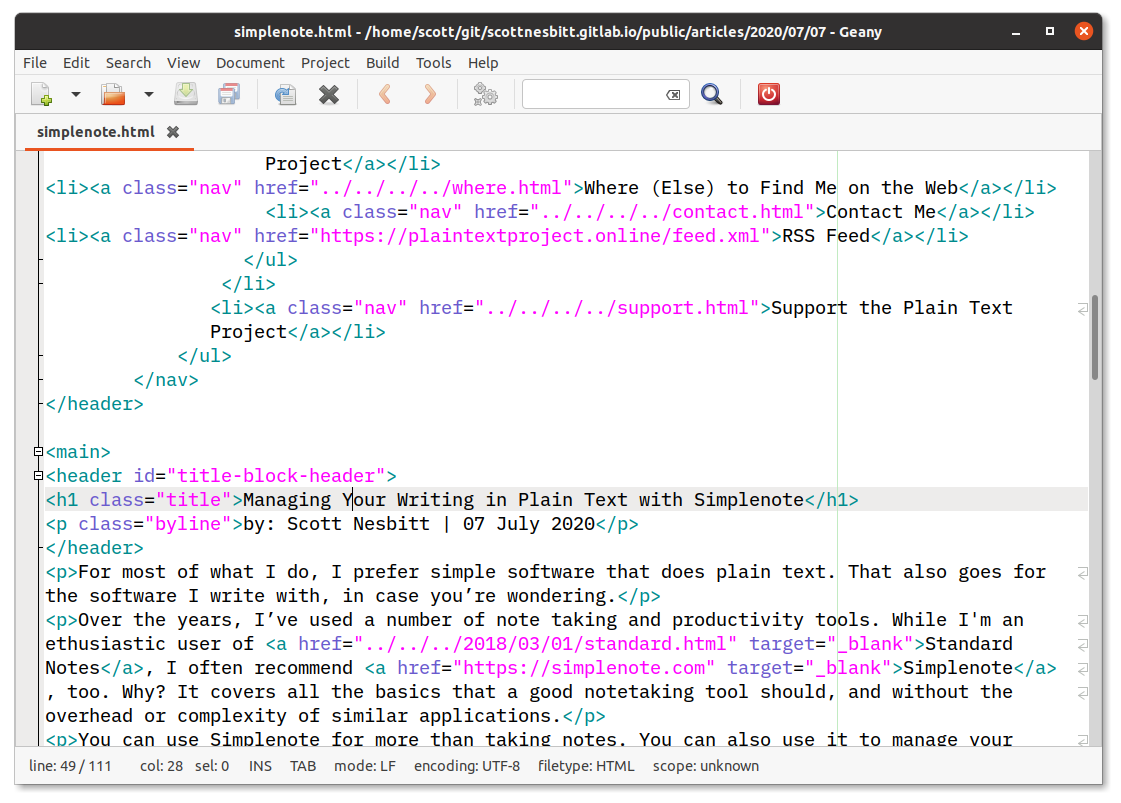 You can create a new file based on one or more templates by selecting File > New (with Template). Most of the templates are for writing software, although there are templates for HTML, HTML5, and LaTeX documents, too. You can even add your own templates. I haven't tried that, if only because I have other templates that I use.

The editor also has a few other useful features, including word count, line wrapping, and a very good search and replace function. Geany doesn't come with a spelling checker out of the box, but you can add one. More on this in a moment.

Like most software these days, you can tweak Geany so that it's to your liking. To do that, select Edit > Preferences. 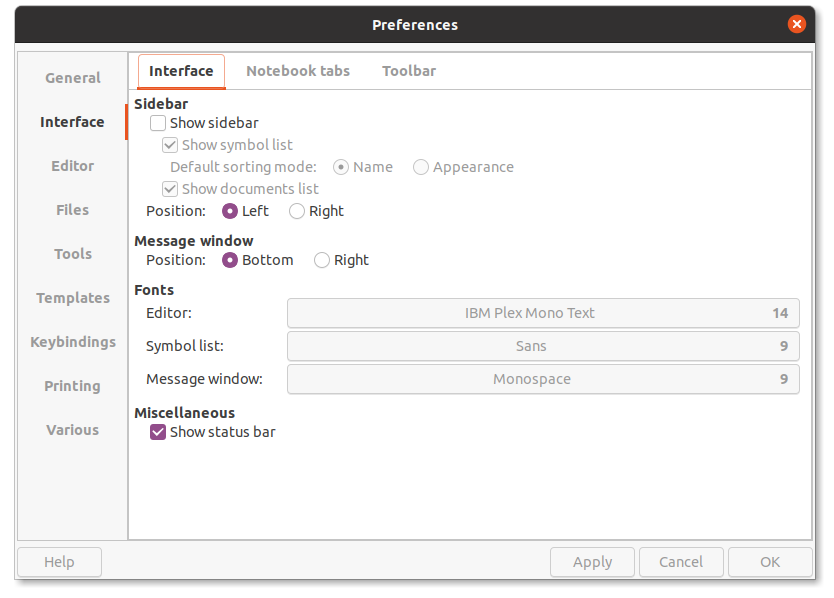 You can change the editor's fonts, whether or not and what to display on the toolbar, change shortcut keys, and a whole lot more. Beyond setting the font and a couple of other options, I ignore most of the preferences.

If you're interested, you can learn more about Geany's preferences in the editor's documentation.

On top of that, you can also change the editor's colour scheme. You can, for example, add a dark theme or one to give Geany a theme that looks more like the ones used in Gedit or Notepad++.

A few paragraphs ago, I mentioned that you can add a spelling checker to Geany. To do that, you need to install a plugin. As you've probably guessed, plugins enable you to add to the editor's functions.

When you install it, Geany comes with six plugins. They do a few basic things, like exporting files, enabling you to split windows, and to insert HTML entities. You can install other plugins. Aside from spelling checker and LaTeX plugins, I have no use for the other plugins. Your mileage may vary.

After you've installed plugins, you can enable, disable, or configure them by selecting Tools > Plugin Manager. 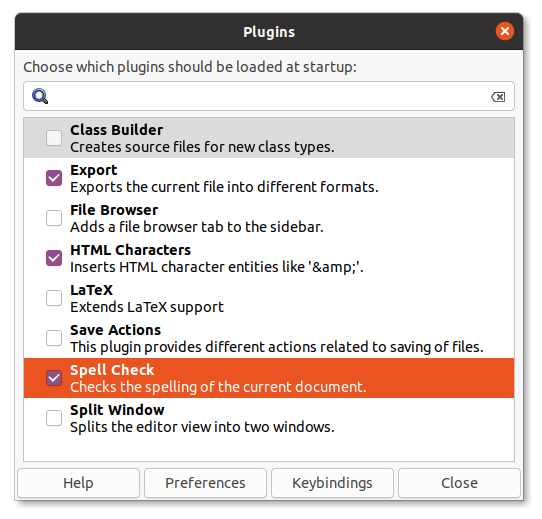 Although Geany is a developer's editor, it's also a very good general purpose text editor. It's surprisingly fast for an editor that packs the number of features that it does.

While I like Geany and find it useful, it's not my editor of choice at the moment. That's Gedit in case you're wondering. But because I don't use it doesn't make Geany a bad editor. Far from it. Geany just doesn't suit my needs at the moment. It might in the future, though. And it might meet your needs in a text editor now. The only way to find that out is to give Geany a serious test drive.